Det Faglige Hus is a union that differs from the traditional unions by focusing on keeping the price on memberships as low as possible without compromising on service. A well-functioning inbound telephony system is, therefore, crucial in their everyday work. 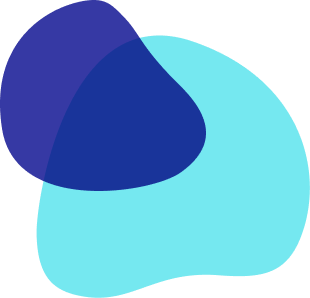 "There are no issues when you're using Adversus. The platform does all the work for you so that we can focus on what matters."

Service is one of the keywords at Det Faglige Hus. With its 160.000 members, the company strives to be the most affordable union and unemployment insurance fund in Denmark. That is why Det Faglige Hus chose to focus on having an inbound telephony system that assures the shortest possible waiting time while simultaneously letting the correct person answer the phone immediately.

We have spoken with Stefan Fyhring, Team Manager at Det Faglige Hus, about how he and his team work proactively to give their members the best possible service and still manage to make outbound sales.

Today, the sales department accounts for 14 employees who handle both inbound and outbound activities. The salespeople are not dedicated to handling specific calls but contribute to optimizing the collective conversation time. Thus, the inbound calls are answered as quickly as possible while still using their time to call leads they receive from various sources.

The leads are coming from their website, among other places, where members have the possibility to refer Det Faglige Hus to others that could be interested. They also call existing members with a focus on additional sales.

There are some specific requirements for setting up campaigns to get the optimum out of both inbound and outbound activities. Selected campaigns require specific employees with the particular knowledge, but all employees in the sales department are still connected to all active campaigns. By doing this, everyone has the opportunity to receive calls to minimize waiting time for members. If there are no available agents on the campaign, the call is forwarded to the next available agent. To Stefan Fyhring, it is essential to be available for their members:

"When someone calls us, they need to get in contact with a human, not an answering machine. That is why we experience overrun on some campaigns. It works like this: If the call isn't answered withing one and a half minute, the call is forwarded to another department that takes a message and sends us an email so that we can call the person back."

No leads are forgotten

The Journey module helps to ensure that leads are not accidentally forgotten on a campaign. E.g., when an employee has agreed to make a callback to a lead or if a lead doesn't answer the phone. When a call is registered as a callback, it is automatically added to a new campaign that collects all callbacks from different campaigns.

"By doing this, we ensure that all leads are receiving a callback at the time they were promised. We also send out an automated SMS that members can answer to receive a callback from the specific salesperson. I think that makes perfect sense when our experience is that when people call us, they obviously want to talk, but we often don't get an answer when we call them. If they, on the other hand, receive an SMS they can respond to, the probability of reaching them is much greater," Stefan Fyhring tells.

When the effort within the sales team needs to be measured, all campaigns are taken into account:

"We focus a lot on the total conversation time and call attempts. I want to know how much my employees are talking compared t how many call attempts they have. Those two parameters give quite a good overview. Furthermore, we also look at the statistics for the individual salesperson," Stefan Fyhring says.

Among other things, they measure how many sales have been made on a specific day. Here, the KPIs vary from campaign to campaign because some sales are harder than others. Some sales also have a greater value, which requires extra focus. The goal is visible at the bottom of every campaign where every employee can follow the daily progress:

"We have made a dynamic, daily visualization that counts during the day. In the first hour, we have a goal to make a specific number of registrations, and after two hours, it adds to the number. This means that the goal and registrations always follow each other, so it will be a manageable mountain to climb for the salespeople. It is important always to have a balance where we motivate instead of discouraging," Stefan Fyhring explains. He also likes to set the goals at the low end to help keep his team motivated.

From desk phones to SaaS

Previously, sales have been outsourced, but in 2019 the company decided to bring back sales in-house and establish a new sales team. In the Spring of 2020, the company started using Adversus as their tool for outbound sales. Later on, they decided to connect their inbound activities to Adversus as well. The implementation was met with some resistance from their employees that usually made outbound calls with lead lists on paper and hand-written notes. This was, therefore, quite a change of scene.

"We removed all desk phones from everyone in the team, and then it was just straight on with Adversus. Several of our employees thought it was a bad solution to switch to a digital platform, but after some time, they found out that Adversus actually was a really great tool to help them generate sales. Compared to before, we now have a huge advantage being in control of our leads and the whole sales process from start to finish."

The fact that sales and service now can be solved only by using a computer, a headset, and an Internet connection has also proved to be an advantage during the COVID-19 pandemic:

"When we were sent home, all employees from other departments needed a lot of equipment and had to set up their workstation with desk phones at home. We only needed a laptop, a headset and an extra screen to perform our work. Our IT department was thrilled over us since we didn't burden them with additional work compared to the rest of the company."

A new focus on sales

The new team of internal salespeople has accomplished to boost the growth in 2020. Det Faglige Hus has experienced growth of 15-20 percent in sales compared to 2019. There has been an increased focus on getting better and better at making sales while still ensuring the quality of both sales and service. However, Stefan Fyhring doesn't deny the fact that the pandemic can have had an impact on the results, but he still thinks that the main reason for the growth is the increased focus on sales and the implementation of Adversus:

"Adversus is a really great tool because we have the ability to follow up with callbacks, send SMS', and emails. In general, the platform has a lot of useful tools that make it easier to manage sales. This especially makes a huge impact because we can schedule callbacks differently from what we have been used to. Before, we were struggling with paper notes, and sharing notes on leads internally was almost impossible. Now, we can gather it all in one place and expose it to several relevant people. That is something that has helped us increase the level of our sales department in 2020. I'm absolutely convinced of that. We experience a whole new level of control of our data and leads."

According to Stefan Fyhring, the systems they use need to work optimally without any downtime to ensure the best possible flow for Det Faglige Hus.

"The platform's reliability is extremely high, and we rarely experience outages or issues. If that is the case, it is often because of our own Internet connection. The issues that arise are not something that affects our sales. I think we have experienced outage one or two times, which is reasonable compared to when I hear of other telemarketing platforms. We have a partner that has tried one of your competitors. During their first month, they experienced outages for whole days. That is one thing that can't happen because it will close an entire sales department."

Easy access to support is also something that matters. If you ask Stefan Fyhring, Adversus doesn't disappoint:

"You provide amazing support. It is always taken seriously, and the response time is extremely fast. That is something so important that you can't put a price tag on it, and it doesn't work like that in other places. It's rare to find a company that is as service-minded as Adversus. It doesn't matter if you call Jonas, Brian, or someone else. They take it seriously, and that is something you can be very proud of!" Stefan Fyhring finishes.

Do you want to do as Det Faglige Hus?

Sign up for our free trial!
No credit card required